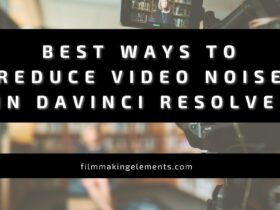 Reversing your footage is just a fantastic tool for transitions and just creative edits in general. Alright, let’s jump into DaVinci Resolve, and I’ll show you how to reverse a clip in DaVinci Resolve .

How to Reverse a Clip in DaVinci Resolve ?

I’ve got a couple of Clips queued up in DaVinci Resolve, and the first one is of a woman playing with her dog. We are going to try the reversing effect on this clip. Reversing this clip is easy. You just need to follow the below-mentioned steps.

So, now we know how to reverse a clip in DaVinci Resolve, it’s time to discuss how we can use it in a clip to add a smooth and cool reverse effect.

How to Add Smooth Reverse Effect in DaVinci Resolve?

We all have seen those video effects that look super smooth and boggle the viewer’s minds. So that’s why in this blog, I’m going to show you the smooth reverse effect, which takes your everyday normal-looking slow-motion clip and adds some flavor to it.

Now that we’re in DaVinci Resolve, we’re going to go ahead and start creating this smooth reverse effect. The only thing you really need is a clip, and the one that I’m using specifically for this effect is shot at 120 frames per second. It needs not be shot at 120 frames per second, but it is ideal. I just went on a stock video website like art grid and downloaded a clip from there.

I want to have the person diving into the water and, just right at the last moment, stop and reverse. It breaks the assumption. You assume that the person is just going to dive right in and splash, and it’s going to keep moving forward, but no. It stops, and it reverses. It just does the opposite of what you think; that’s why I love to throw this effect in there. The reverse effect is just kind of like a curved wall every once in a while and keeps your audience on their toes and stops them from being bored.

Reverse a Clip in DaVinci Resolve

You can see that there’s a freeze-frame right in the middle of our clip, as shown in the above screenshot of step 3. We want our effects to go from normal speed to freeze-frame and then reverse. We need to add another speed point to make our clip reverse.

If we move our play-head over, you see that the section is now reversed, but it’s not smooth.

You can adjust the curves by clicking and dragging the handles all around, but if you only want to modify one side of the curve, you can grab the handle on that side, hold control, and just drag it around.

Now, the effect itself looks good, but the clip is choppy because we’re transitioning from 100 percent speed down to zero. So, there’s going to be some frame losses in there. To fix that, we can enable the optical flow.

Depending on your clip, you could play around with the motion estimation. It doesn’t have to be enhanced better. Personally, that works well for what I do and the look I’m going for. But just try it all out.

It looks pretty fantastic, and if you want to add some emphasis on the reverse effect, you can go back into your retime controls and make the beginning and the end section faster. 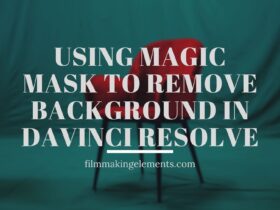 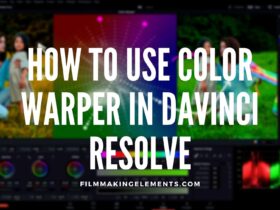