Welcome back to Filmmaking Elements; in this article, we talk about Premiere Pro: Color Management & Export Highest Quality, a Colorist Guide.

We will be looking at Premiere Pro the way it was intended as a straight SDR Rec. 709 broadcast compliant workflow, and I’ll explain that from import through processing and exports and all the work that goes with that set up your system and everything.

One of the big differences that Premiere has between it and any other app and why it causes so much problem, and confusion is it’s designed very differently. Let’s say it’s the difference between expectations and reality.

Our expectations as a user come out of using things like Photoshop and After Effects. Davinci Resolve applications have a whole series of menu options to choose from as the user to tell the program what your color space is for your images coming in, what your working color space is, what your monitor is, what your exports are going to be.

In Premiere Pro, we don’t have that, so people assume it doesn’t have color management. The engineers in the design phase did a very different route with Premiere Pro. They decided that it would be used primarily for a broadcast workflow.

The broadcast workflow is defined as Video sRGB, Rec. 709 with a Gamma of 2.4, and 100 nits brightness on the monitor. Premiere can be used with other workflows with other screens, but it takes a lot of special setup, practice, and testing to ensure you can do it.

There is a crucial bit of setup information, though, and it’s in the Project Settings dialog box. The Mercury Acceleration option, how this is set, determines whether the render and maximum depth options are needed for renders and exports.

If you have a GPU that Premiere can use, you’ll see options here like CUDA for the Nvidia cards or Metal for AMD cards, maybe even OpenCL.

If you don’t have a GPU, software only will be the only option displayed. Suppose the Mercury Acceleration option is set to software only in the Project Settings, then in the Sequence Settings dialog box or the Export dialog box. In that case, you must check the maximum bit depth option.

This then tells Premiere to order the CPU to process the data from the image in the manner that the GPU, which uses the full 32-bit float math all the way through, rather than dropping into eight-bit, which the CPU might if you don’t have that selected.

Should I Use the “Render at maximum bit depth” option?

If you are using anything other than software only for the Mercury Acceleration setting, whether CUDA, Metal, or OpenCL, ignore the Render at Maximum Depth option in both the Sequence and Export dialog boxes, as it does absolutely nothing.

I’ve seen a lot of people on forums complaining that there are times when checking the box “render at maximum depth” can cause some weird issues and artifacts. And whatnot with your exports if you have a GPU involved? So I always tell people, Leave that unchecked.

What about the software or hardware encoding in the Output summary

To further confuse things, a phrase can appear in the Export Dialogue summary section for H.264 Format Exports.

It will say either Hardware encoding or Software encoding, and it is based entirely on whether your computer has an Intel CPU with Quick Sync onboard and enabled. This has nothing to do with your GPU used by Premiere, so ignore it.

Should I Use the “Enable Display Color Management” option in preferences?

Our last item of basic setup is found in the Edit>Preferences>General dialog box. It’s the last option, “Enable Display color management.” This is not used for Rec.709 broadcast compliant workflows.

So again, if your monitor is set up for Rec.709 work, do not check that box.

Premier’s processing pipelines are pretty simple. Here we have the basic layout. In the diagram or chart, you have an import SDR Rec.709 standard media or the complex metadata-driven media. Premier stores that data that it picks up from the clip into its internal database.

For output, the 32-bit float process clip data is converted to the user-chosen space for scopes and monitors and to the export media data as needed for the chosen format codec combination.

Now the cameras, such as again the RED, Arri, Blackmagic Cinema Cameras, and others that can store metadata in the files that give the processing options to the colorist or the editor.

The Adobe engineers have designed a system for normalizing that media within Premiere Pro called the Master Clip Properties, with a clip loaded into either the source monitor or placed on a sequence or timeline. Check the Effects control panel. Any settings options for metadata-driven media that Premiere allows will be shown in the Masterclip tab.

For this RED Weapon 6K demo clip, for example, we have as shot or default. We have a series of RED pipelines, curves, gamma, and color space options.

Now those will change of course, by maker and probably even by the camera. So you would need to check in the Masterclip Settings tabs to see what you have available for your normalization settings.

Important note. Master clip settings apply immediately to every instance of a clip used anywhere in your project. So if you use this to normalize a clip and you decide at some point later on to change it. It will now change it everywhere, and it’s used in any other sequence.

Probably you’ll only want to use this to normalize, to begin with, and leave it alone after that and do all the rest of your work in your normal clip effects.

Now for the internal processing pipeline. Primary sequences do not have a bit depth association with them. Bit depth is only associated with the clip, so when placed on a sequence, Premiere takes each clip’s stored data, including bit depth, normalizes it to Rec.709, and converts it to 32-bit float.

All internal processing is done in a 32-bit float unless the user chooses an eight-bit effect from the Effects panel. For example, the Levels effect is a GPU accelerated effect.

By choosing the 32-bit color block, you can make sure you are not using GPU accelerated effects.

Using this or any other non-32-bit effect drops the internal processing pipeline to 8-bit while that effect is being processed. So before using any effect from the Effects panel, make sure it’s got the 32-bit block next to it.

Premiere Pro has three output pipelines, one each for the scopes, monitors, and export dialog.

Let’s start with the scopes. Right-click on the scopes panel and select the needed color space. Rec.601 isn’t used much anymore. Rec.709 is the standard one you’ll use most of the time, and Rec.2020 is used for HDR.

The 32-bit float internally processed data is then converted to the color space chosen for display in the scopes. The options in the bottom right drop-down under the viewer are used to determine what sort of scale will be displayed on the left and right sides of any scope.

The left side scale will show the values in Nits or Ire, and the right side values will be the levels of the clip. And remember, the options here do not make any changes to the processing.

They only change the value of the scales of the type of scales that are displayed alongside the image.

HDR gives numbers on the left side that range from 0 to 10K. Next up is float. This is something very few users will ever need. It gives left side values in the standard Nits, Ire scale, and the right side values are in the float notation of .00 to 1.0.

The most useful and confusing one is the top one, 8-bit. Now first, remember, Premiere doesn’t have working space bit depth. Bit depth is only associated with each clip individually, so when you’re working down a sequence, it can easily have multiple clip bit depths involved.

Depending upon the type of scope chosen, you can get the either limited or full range.

Let’s take a look at the Waveform YC types show a limited range as to the parade YUV types.

As these are intended only as generic numbers, the user has to do a little bit of mental translation to understand that no matter whether it’s showing zero to 255 along the right side compared to the zero to 100 nits ire scale that if you have limited range 8-bit, the number is 16 to 235.

If you have a limited range of 10-bit, the number is 64 to 940. If you have 12-bit media, you need to do the same translation. And if you have that rarest of all beasts, the actual full-range media, then Premiere is handling that properly.

Now to the monitors. Remember when I said earlier that Rec.709 is the basic setup for premiere pro, and all the internal monitors, the reference source program, and transmit out are assumed to be running on a Rec.709 system.

If your monitors are properly calibrated and profiled for Rec.709, you’ll have no issues with color grading results from working within premiere pro.

Comparatively, the export pipeline is very simple. At the time of export, Premiere takes the 32-bit float data from the processing pipeline. It converts that process clip data into the appropriate bit depth, dynamic range, and frame size for the format codec combo chosen for that export.

Many of the codec options in the export dialog drop-down list show the bit depth in the name.

At any rate, it’s again up to you as the user to choose your format and codec combinations for the appropriate bit depth for your output. And with that, hopefully, it’s a wrap for this article. 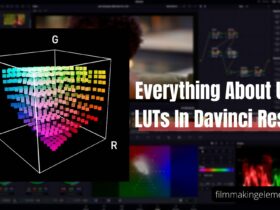 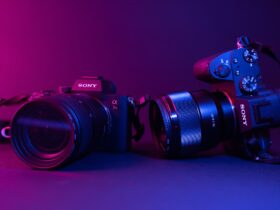